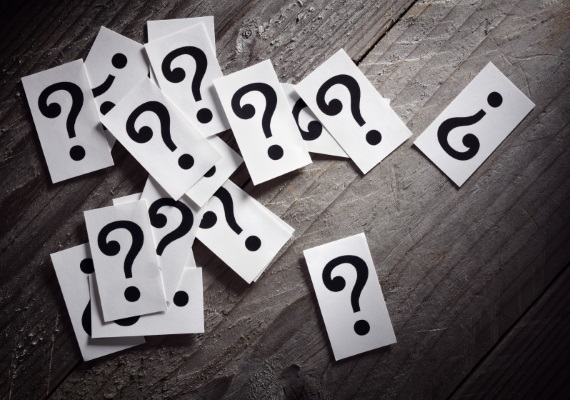 In our knowledge-based economy, people are hired for their brains. We make tens of thousands of decisions every day. Some of which may radically affect our lives or the lives of others.

Making better decisions reduces risk, improves both safety and efficiency and increases employee engagement. Less effort is wasted on re-work due to errors.

The US FAA found that when tested, those who had received decision- making training, made 10% to 50% fewer judgement errors.

It is puzzling therefore why all organisations do not provide this training. The return on investment of only a 10% reduction in judgement errors must be significant, especially for leaders and managers.

A human brain weighs about 1.36 Kgs of nervous tissue, containing approximately 12 billion brain cells. Protected in the skull, it is maintained at a stable temperature and provided with oxygen and hydration/nutrition by the supporting body. Data storage, which varies between individuals, can exceed trillions of bits of data from all the senses.

Our understanding of the brain is not static, amazing results are being discovered from current research into human brain neuroplasticity.

Physiological influencers include dehydration, nutrition (blood sugars), fitness levels, stress, fatigue, illness, medications and other chemicals. Most are addressed by a covenant (unwritten understanding) between employees and their employers to arrive for work hydrated, fed, rested, not infectious and not in a chemically altered state.

A personal & organisational objective should be, ‘Make Better Decisions.’

In aviation for example, now routinely, a flight can be booked many months or years in advance with an expectation to safely arrive within a few minutes of the scheduled time.

Psychological issues affecting decision making revolve around, accuracy of perceptions, use or misuse of mental models, competency, training, currency of practice, focus/engagement, complacency and understanding of the relative importance of the decision to be made.

Here are just two examples:
1. The decision by Bruce Ismay, the CEO of White Star Line, to overrule Harland and Wolff (shipbuilders) on the number of lifeboats installed on the Titanic, in part because they would ‘clutter up the decks.’ On the night of Apr 15, 1912, the ‘unsinkable ship’ (beware PR hype) sunk with the loss of 1,503 lives. The ship was carrying 2,210 souls but only had lifeboat capacity for 1,178. Insufficient, even if all the lifeboat seats had been filled, which they were not. Largely due to lack of training many boats were lowered away only partially filled.

2. Union Carbide cost cutting decisions in Bhopal, India. Casual safety indifference, in an early model of globalisation. The chemicals plant was built inside a city by Union Carbide, but not to American construction or materials standards. Work crews were cut from twelve to six and maintenance crews cut from six to two. Of six safety systems, not one was working. ‘Cost cutting’ had also led to cuts in safety procedures. After an accident elsewhere, safety measures were applied in a similar plant in West Virginia by Union Carbide, but not in Bhopal. At a Union Carbide safety audit two years earlier (1982) Bhopal safety matters were raised. Nothing was done.

On Dec 3, 1984, methyl isocyanate (a derivative of WW1 Phosgene poison gas) exploded at the Union Carbide plant in Bhopal city, India. 3,800 were killed in the explosion and a total of 20,000 died. Twenty thousand humans died. To this day in Bhopal, city- wide over 150,000 are still suffering the horrific after effects. The effects include a miscarriage rate seven time the Indian national average. 4,000 people per day still attend special gas accident hospitals.

In 1992 an indictment was issued against the Union Carbide CEO Warren Anderson for the murder of 20,000 people. Warren Anderson, implicated in the deaths of 20,000 people, evaded an international arrest warrant for criminal homicide and, also a summons to appear before an American court. This matter has never been answered in a court of law.

Frequent mention is made of the ‘learning curve’. However, remarkably few refer to the Ebbinghaus or ‘forgetting curve’. This is very much underrated and is a significant driver for recurrent/refresher training in human factors.

Biases are many and not always subtle. Confirmation bias (seeing what we expect to see), recency bias (what we just did), cost bias (is cheapest best?), expediency bias (not allocating the time required for a quality decision), bias driven by organisational culture (does a ‘Just Culture’ exist?, will I be penalised if I make an error?), availability bias (can I see a solution?).

Cultural biases influence risk perceptions ranging from individual to organisational, societal, nation/state and democracy. Risks perceived are in both likelihood and severity in any and all, of the above.

Many people behave as if the most important decisions in life are about:
1. Marriage
2. Buying a house
3. Accepting or leaving a job position
4. Buying a car
5. Emigration

Historically however, one type of decision when made poorly or badly has resulted in many tens of millions of deaths, tens of thousands of companies and organisations being destroyed, millions of lives and relationships ruined.

This remains probably the most under-recognised but vital human decision-making that exists.

It is called a vote.

Voting is by far the most important of decisions that can be made.

Adolf Hitler said, “How fortunate for leaders that men do not think.”

A vote is more than a simplistic choice between two or three heavily publicised alternatives. The world has seen that the most news-creating individuals are not necessarily good leaders.

“A useful distinction has been made by Dowie (1938, p.8), who defines judgements as ‘the assessment of alternatives’ and decisions as choosing between alternatives.” From ‘Clinical Decision Making and Judgement in Nursing’. Carl Thompson and Dawn Dowding.

So; how to make better quality and more consistent decisions?

Currently, decision- making methods often include; guess, flip- a- coin, roll dice, draw a line down the middle of a sheet of paper (split -sheet for- and- against), empirical/intuitive, circle of connections (used by police in establishing connections), and elimination (by time limit).

For the visually oriented, mind mapping. A mind map is a diagram which can be hand drawn to visualise information. It shows relationships between influences and/or objectives. Normally it is drawn around centre on a blank sheet of paper.

Tips for better decision-making:
– Ensure varied and valid sources of credible, quality information.
– Acronyms can be a useful aide memoir, below is just one suggestion.

Key to this process is the element of evaluation which leads to continuous learning.
What happens if I do this, consider outcomes?
What happens if I do not do this, consider outcomes?
Would I be happy to see my decision on the front pages of the national press tomorrow?
Would I be satisfied with this decision in a couple of weeks and/or a couple of years?
Apply professional Scepticism i.e. does this make sense?

1. Clarify, the issue and confirm, is a decision timely?

2. Obtain, quality information from varied sources including from others

3. Review, information and options including risks and ethics

5. Evaluate, both the decision and the process 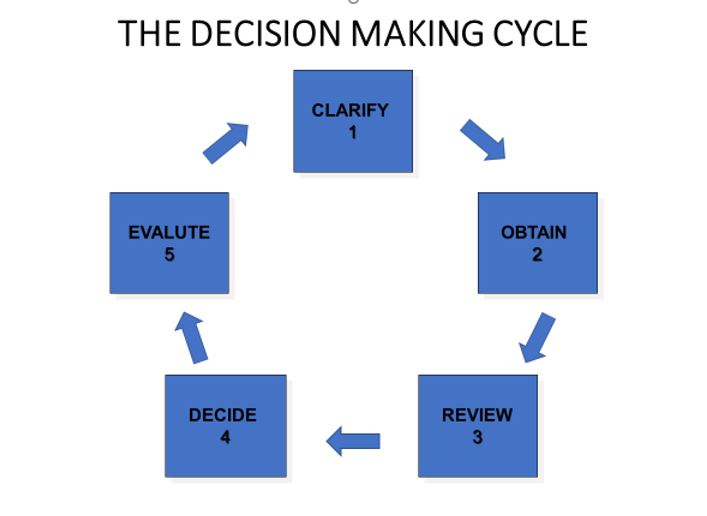 Re step 5, ‘Evaluate’ is essential for both individual and organisational learning. This will inherently accommodate to change and lead to continuously improving decisions.

“Nothing is permanent but change.” Herodotus, died c. 425 BC

As Jay Rosen said, “Democracy is not a spectator sport.”

Remember, with politicians what matters are their actions or behaviours.

All the above will be bread- and- butter for human factors training exposed individuals. However, from years of feedback I have received, decision-making is not as widely understood as it can be or should be.

A proposed future article will look at group or team decisions.